We Started a Blog!

Back in December we talked about starting a community blog, much like you'll find on some other StackExchange sites. We have now officially launched PiVersify on tumblr.

Our goal is to publish community written articles on topics that frequently come up on this site, or are a demonstration of cool projects we've done with Raspberry Pis. Ideally, there'll be an article every weekend, but we may publish a little more if we get a large amount of community contributions.

Primarily, me. I, Jacobm001, am the Editor in Chief as @SteveRobillard likes to refer to it. Additionally, the three moderators, @SteveRobillard, @Goldilocks, and @Ghanima will help with curating content.

What are you writing about?

How do I contribute?

We've created a github repository to store articles that will be published. There's currently two folders, draft, and master. Files that are in master are published, or have been queued for publishing. Those in the draft branch, are well, drafts.

To contribute, simply fork the draft branch, write your content, and submit a pull request. We'll review the submission and post it when appropriate.

For those of you who'd rather not use github (why?): send an email to rpise@emaildodo.com; please use an easily accessible file format, e.g. plain text, rtf, or github flavoured md.

What can I write about?

Anything that's related to a Raspberry Pi! Unlike our main site, we're going to be much less restrictive about topics that are exclusive to the Raspberry Pi. If you have a tutorial that you think would be a good lesson for Linux beginners, that's great!

A Bonus for Community Contributors

You may remember the site's Christmas Giveaway. @Ghanima won a Pi, but has decided he would rather contribute it to the blog. So, it's been decided that it will be awarded to the community member who contributes the most popular article in the next 3 months.

How to submit an article to the blog 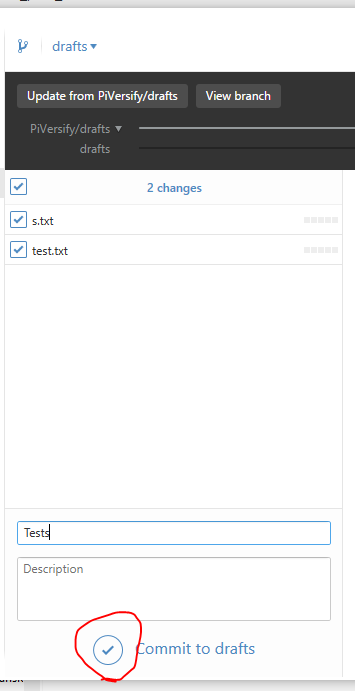 * Your request is not guaranteed to be accepted

** I haven't actually tested this personally, but it should work. Please feel free to make any changes.

I've just noticed a couple of problems with the blog:

Also, I may be nitpicking a bit, but would it be possible to write the blog post filenames in the format:

That way the files will be sorted in Github in order of publishing date, and hence will be easier to match up with the posts on the blog itself. Alternitavely there could be a separate folder for each month.

This is very interesting, and I have read most of the Blog posts.

How is a normal raspberrypi.stackexchange.com user supposed to find it?

There is no link on the web page or Tour indicating how to get there. I am not sure myself, I seem to have stumbled over it.

"draft" and "master" are git branches, not directories (I hate the term "folder", it reeks of Windows)

Not the answer you're looking for? Browse other questions tagged discussion blog annoucement .